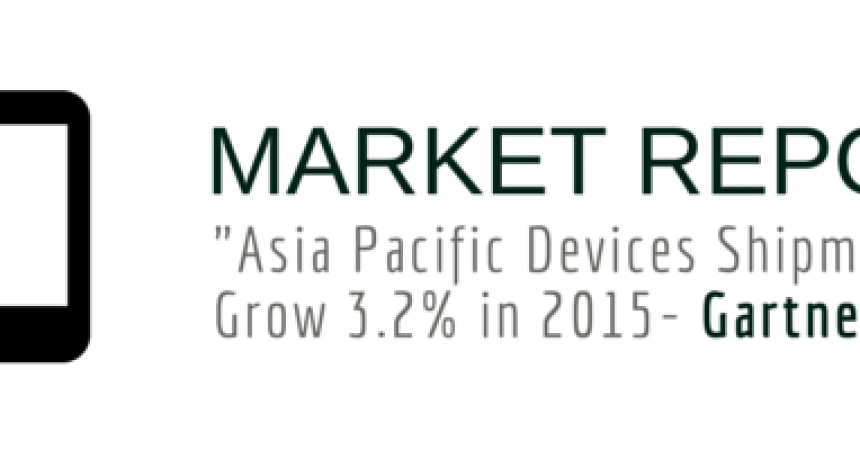 Bangalore, India — Combined shipments of devices (PCs, tablets, ultramobiles and mobile phones) in the Asia Pacific region are forecast to total 1.2 billion units in 2015, an increase of 3.2 percent over 2014 (see table 1), according to Gartner, Inc.

“Device penetration is very high in Asia Pacific – at or beyond saturation point in mature markets and major cities in the emerging markets,” said Gartner principal analyst Lillian Tay.

“Market saturation, along with consumers extending the lifetime of their tablets, has caused a re-calibration in the growth trajectory in the market. From 2016, we expect the tablet market to resume growth from a stabilized base.”

The computing devices market is forecast to decline 1.9 percent this year, affected by weak demand for tablets. The PC market overall will continue to grow slightly, as shipments in the premium ultramobile category compensate for a decline in sales of traditional desk-based and notebook PCs.

The overall increase in device shipments is driven by 4.1 percent growth in the mobile phone market, as cheaper priced smartphones stimulate replacements, especially in emerging markets.

“Chinese vendors are aiming to grow in emerging Asian markets for their expansion plans outside China, as the local market is approaching saturation point,” said CK Lu, principal analyst at Gartner.

“However, local currency depreciation against the dollar is deterring Chinese handset makers from pushing down smartphone prices to reach wider segments,” he said. “This could limit their growth in 2015.”

Nordic Capital Acquires BOARD International, Provider of the #1 Decision-Making Platform