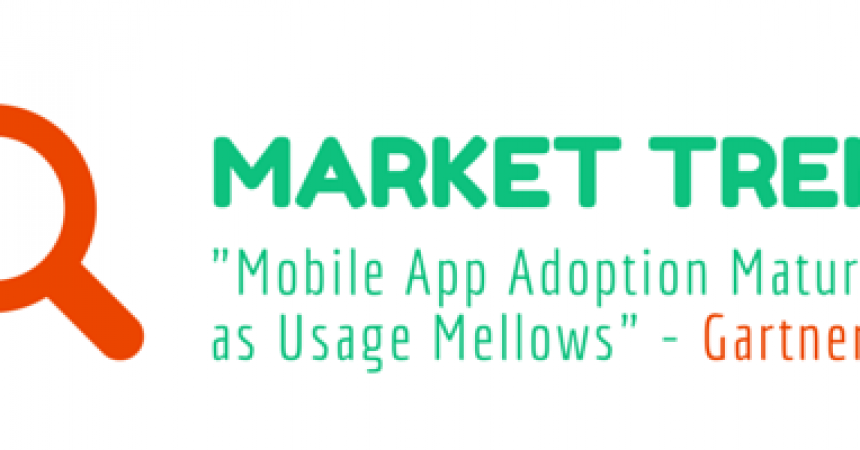 Bangalore, India, – The mobile apps marketplace is maturing as users declare themselves satisfied with current engagement rates, according to a survey by Gartner, Inc. As users integrate apps more deeply into their lives, app providers will need to stay one step ahead and focus their development, marketing and branding more intensely toward retention strategies.

“After eight years of searching for, downloading and using smartphone apps, users are maturing in their usage behaviors,” saidBrian Blau, research director at Gartner.” However, we may see those patterns change in the future as users integrate apps more deeply into their daily lives.”

User interest in apps has mellowed now that they have integrated apps into their use of personal technology and their interaction with brands while online. Although usage remains high, users may not want or need more apps in the future. This is cause for some concern for app providers because if users become too complacent then app businesses could suffer from lack of engagement or slowing growth.

In order to quantify how users feel about their use of apps, Gartner conducted a survey of more than 2,000 U.S. and German consumers in 2014. Both countries are considered mature markets and thus comparisons can be made with other markets that are more or less mature in terms of mobile app adoption. The survey looked at current app behaviors and how consumers intend to use apps in the future as well as shedding light on how consumers perceive their individual app usage by category, and how much they intend to use apps in the future.

Respondents were asked which apps they had used on their smartphone in the last three months and how frequently they had used them. While it is clear that app use is high across all categories, some categories of apps, such as social networking and video, have a very high overall weekly usage. Usage rates, some approaching daily use for most users, are consistent with other observations of the marketplace, such as how businesses brand and use apps as a main touchpoint. Even for a less-used app category, for example fitness, there is high use within that group. Fitness has only 23 percent and 16 percent use (in the U.S. and Germany, respectively) among all smartphone users, but for those who use fitness apps, more than seven out of 10 are using those apps weekly or more frequently.

According to the survey, smartphone users are content with their current level of interest in apps. With such a strong indication of users keeping the status quo, Gartner expects to see a continued high level of interest in apps. That interest, however, may not change dramatically over time and engagement with apps overall may be reaching a plateau. Although this may be good news for app engagement overall, app product managers will be challenged to create and monetize new opportunities because many users won’t change their app consumption patterns

“It’s not that smartphone users have lost interest in apps, users remain excited about what apps can do for them in their daily lives, including for work and nonwork app scenarios,” said Mr. Blau. “However, app users need to be convinced about the value of the app. Their willingness for new app experiences is open-ended, but their plan is to keep their same patterns of use. Users will try new apps, but they need to be convinced of an app’s value before they adopt them and change use patterns over the long term.”

as Usage Mellows.” The report is available on Gartner’s website at – http://www.gartner.com/document/3003121.

Why Bajaj Finance Fixed Deposit is Best Investment Option for 2020