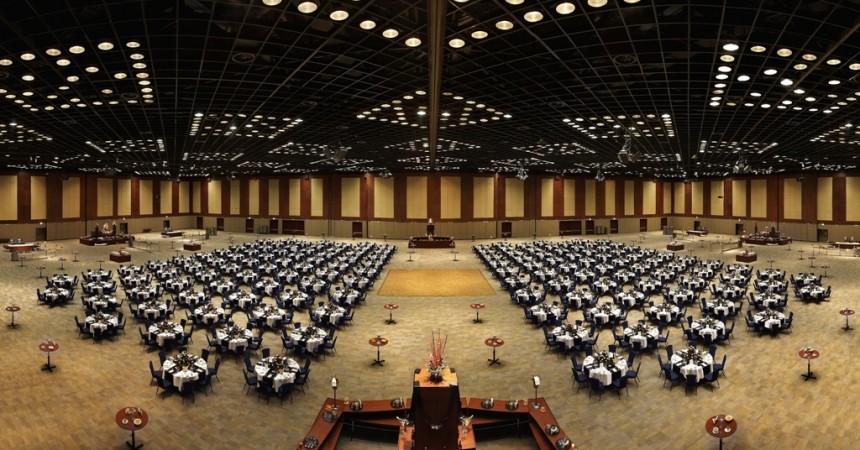 ICCA’s annual statistics for the year 2014 on the number of rotating international association meetings hosted by countries and cities were released recently indicate overall stability in the MICE business.

Paris, France retained its top city ranking alongside USA winning the top country ranking in the latest International Congress and Convention Association (ICCA) annual ratings. In the city rankings, Vienna swapped places with Madrid, moving up from three to two, and Berlin and Barcelona swapped places from four and five respectively.

Hyderabad has emerged as one of the leading metros in India for MICE destinations, ranking only behind Delhi, and is on the fast track to becoming India’s Convention Capital. The city hosted 18 prestigious meetings in the year 2014.  The significant contribution of Hyderabad International Convention Center is highlighted by the fact that 13 of these 18 meetings were hosted here. The major catalyst for this growth is Hyderabad’s unique location and interesting benefits for both MICE and leisure travellers who can enjoy the world class infrastructure and experience warm hospitality & culture. Hyderabad International Convention Centre (HICC) is known to be one of the World’s biggest and finest Convention Centers and has played an important role in developing the city’s dream by contributing to position Hyderabad as the best MICE destination in South East Asia. In every aspect, be it infrastructure, service or technology, it compares with the best in the world. With a capacity to accommodate 50-9000 people, and equipped with 37 breakout rooms, in-house audio-visual technology, high ceilings and trained event management, HICC is the most sought after MICE destination in the country.

Hyderabad International Convention Centre has secured many more new conference bid wins for the city in 2014-15 that are expected to bring more than 9,000 delegates in the coming years, generating an escalation in the local economy.

Securing a significant number of bid wins for the city in 2014-15, Hyderabad International Convention Center is all set to ring in its 10 year anniversary in 2016 by cementing its status as the most sought-after convention venue in the Asia Pacific region offering world-class facilities, state of the art infrastructure, and unparalleled hospitality while being strategically located in the tech-hub of Hyderabad, a city that offers an inventory of over 10000 rooms across various star category establishments in the vicinity.

HCVB is a non- profit organization, initiated by the State Tourism Department which is also a stakeholder. HCVB being a membership organization, it is a One Stop Shop for MICE business enquiries and extends assistance to Convention Organizers in planning and facilitating conferences in Hyderabad. HCVB creates a single platform where the business relationships created between the Convention/Exhibition Buyers and Meeting Planners, work together for a mutual benefit. Hyderabad Convention Visitors Bureau stands by its motto of Taking Hyderabad to the World and Bringing the World to Hyderabad. The Bureau has been into existence since 4 years and has emerged a victor for 15 International & National Congresses and still counting.

HCVB, a not-for-profit organization, allows MICE players to explore the endless possibilities of considering Hyderabad as the convention destination. Be it a small conference of an intimate group, a mid-size meeting of industry professionals, or a mega conference of 5000 delegates from around the world, HCVB assists in hosting a successful event.

HCVB promotes and markets the City of Hyderabad, aiming to make it a chosen destination for conferences and conventions at national and global level, and is India’s only regional CVB and has been instrumental in harbouring most of the congress victories coming to Hyderabad.

Chartbeat Announces the Most Engaging Stories of 2018