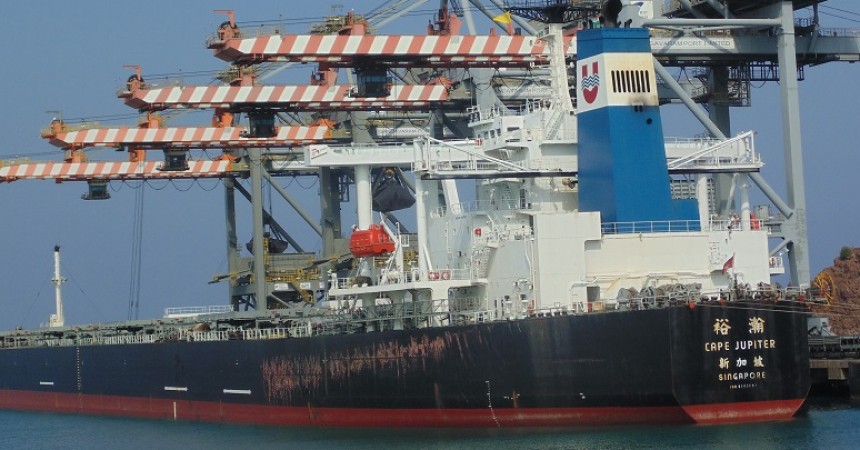 This record discharge rate only reaffirms the superior port infrastructure and operational efficiency at Gangavaram Port.

Mr. Raj Dandu, Executive Director, Gangavaram Port Limited, while commending the team on this performance, further commented that with the commissioning of the second and new mechanized coal handling terminal and 3 other general cargo berths the port infrastructure at the Gangavaram Port has become un-paralleled with a capacity of about 64MMTPA.

Gangavaram Port Limited (GPL) has been developed by Gangavaram Port Limited (GPL) a Special Purpose Company incorporated for the purpose of development and operation of the port. The port has been developed as all weather, deepest, most modern and fully mechanized port in India, capable of handling Capesize vessels. The port is one of the few infrastructure projects which have been completed within schedule. With 21 m water depth it is the deepest port in India. The Port commenced operations in April 2009 and offers major tangible benefits to Indian exporters and importers through deep draft berths, advanced material handling and evacuation system, highly efficient operations, vast storage areas for all types of cargo and extensive ancillary facilities. The port and all its related facilities and cargo handling equipments, meet the highest standards in terms of pollution prevention and safety.

How to Keep Your Customer Data Protected