The developers of Euler, the first lending protocol that allows users to create their own lending markets in a permissionless fashion, announced today that they have completed an $8 million Series A round led by Paradigm. The new funding will help to grow the Euler developer team in anticipation of the protocol’s launch later this year and provide support to help integrate the protocol into the wider DeFi ecosystem.

“The long tail of DeFi assets is enormous and underserved by existing lending protocols,” said Charlie Noyes, investment partner at Paradigm. “The Euler team is creating something that meets the need in a novel, scalable way, and we’re excited to support the development.”

Lead seed round investor Lemniscap joined the round, which also included other leading angel investors such as Anthony Sassano from The Daily Gwei, Ryan Sean Adams from Bankless, Kain Warwick from Synthetix and Hasu from Uncommon Core.

Michael Bentley, co-founder of Euler said that the protocol had been, “Custom-built to support permissionless listing of almost any crypto asset, without governance limiting what people can lend or borrow.”

“A lot of research and development time has gone into figuring out how to allow users to lend and borrow almost any crypto asset in a capital-efficient way, whilst limiting the risks that some of these more volatile assets sometimes pose. Euler is purpose-built for people and organizations looking for long-term storage and yield opportunities.” added the co-founder of Euler.

Euler was incubated by Encode Club, a worldwide community of blockchain developers primarily associated with universities. It was at an Encode hackathon last summer that Bentley, himself a former postdoctoral researcher at the University of Oxford, met his co-founders, Jack Prior and Doug Hoyte.

The team’s goal is now to launch the protocol by the end of the year, integrate the protocol into the wider DeFi ecosystem, and start on the path to handing control of the protocol over to a decentralized community of custodians.

Euler is a capital-efficient permissionless lending protocol that helps users to earn interest on their crypto assets or hedge against volatile markets without the need for a trusted third-party. Euler features a number of innovations not seen before in DeFi, including permissionless lending markets, reactive interest rates, protected collateral, MEV-resistant liquidations, multi-collateral stability pools, sub-accounts, risk-adjusted loans and much more. For more information, visit euler.finance.

Founded in 2018, Paradigm is a leading crypto-focused investment firm based in San Francisco. The firm invests in crypto assets and businesses from the earliest stages of idea formation through maturity. Paradigm is driven by the conviction that crypto has the potential to bring greater freedom, autonomy, and economic benefit to people around the world, and supports that belief through investments in founders and projects that move the crypto ecosystem forward. For more information, visit paradigm.xyz. 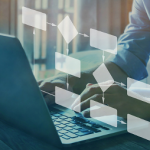 The Changing Delivery Landscape During The Covid-19 Pandemic 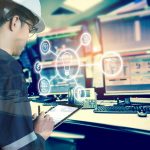 Accra, Ghana & Mumbai, Maharashtra, India:   Merck Foundation also released a story book for children ‘Not Who You Are’, a story of a

Joining Pangolin V2’s First Liquidity Pools, TrueUSD Takes the Growth of Avalanche to the Next Level

Business Wire IndiaThe year 2021 is a significant milestone for the Avalanche protocol: its on-chain DeFi TVL has exceeded $12 billion, hitting a record high,

Business Wire IndiaBitdeer Group, the world’s leading digital asset mining service provider, earlier announced its plans to list on the NASDAQ through a merger with