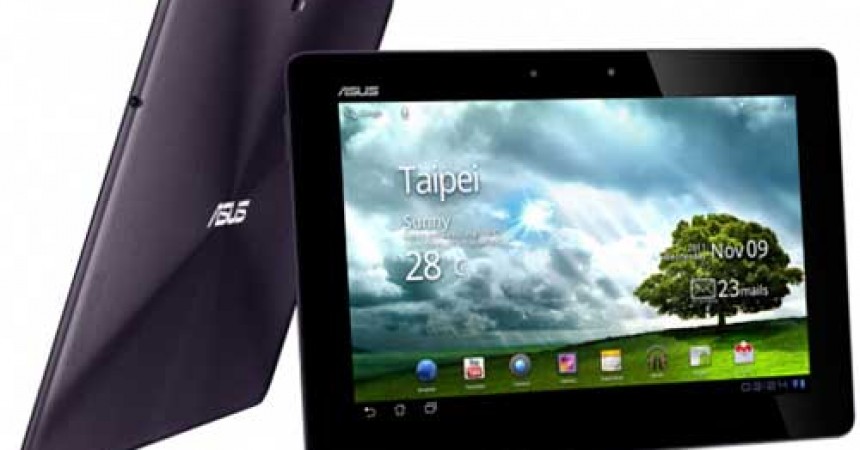 If you are not aware of the transformer range of Asus tablets, then let me tell you that this tablet comes with a keyboard dock, which after connecting to tablet becomes almost like a fully powered laptop. So you have tablet with custom developed keyboard for it already.

This is newer and finest version of Eee Pad Transformer yet thanks to its quad-core processor clocked at 1.3 GHz and RAM of 1GB. The most interesting fact to point about this tablet is its finest 8.3mm thickness which is even less than king tablets like Apple iPad 2 and Samsung Galaxy Tabs.

Tablet runs Android 3.2 OS out of the box, which is great, as very less tablets in India come with that yet, also Asus promised the Android 4.0 OS update very soon. This Asus Prime launched in India is just an Wi Fi version and no other plans are disclosed from company yet. You get WXGA type 10.1 inch display with 1280×800 pixels of resolution, which is pretty nice for powerful tablet like that.

For storage you get 64 GB of internal storage Asus Transformer Prime with an additional 8GB of online storage with lifetime validity, which is pretty cool. Cloud storage usage is on high these days and 8 GB for lifetime is superb addition to Prime for those who loves storing stuff on cloud.

more over these storage options, tablet has a microSD card reader on it plus an additional SD card reader at the keyboard dock and a USB port as well.

Battery of Asus Transformer Prime tablet is claimed as 12 Hours by company and adding a dock to it will add some extra 6 hours to it. Which is perfect for a tablet+laptop combo like that. And let me mention Asus does not just claim stuff, they actually delivered this much higher battery time previously in the range of netbooks and tablets that offered. Overall it’s a perfect package for high-end consumers who are looking for productivity with style, though it’s not within a range of a budget consumers at all. But for a new technology like quad-core processor you have to pay high or wait for gadgets to get less pricey.

Asus Reaffirms Its Commitment To ‘Make In India’