Acting is a serious business. It’s one thing to make pithy one-liners in front of a studio audience; it’s another when a show becomes successful, and those one-liners can be worth tens of thousands of dollars. That’s when the lawyers and managers get involved, making sure that the respective interests of the network and individual actors are not only best represented, but also protected. That’s also where contract negotiations break down, because the more money is involved, the less the three parties see eye to eye. Here are four major examples.

There’s nothing wrong with earning $40,000 an episode, which is what the cast of Friendsreceived. However, when Warner Brothers bragged that much more money was being made from the show, the cast – Matt LeBlac, Jennifer Anniston, Courtney Cox, Matthew Perry, David Schwimmer and Lisa Kudrow – felt aggrieved enough to jointly hold out until Warner Brothers let them in on a bigger piece of the action. The cast wanted $100,000 per episode. Warner Brothers offered $75,000. The cast won, not only getting $100,000, but going on to make $1,000,000 per episode by the end of the series’ run.

Warner Brothers knows how to make life difficult for its hottest commodities. The Big Bang Theory found itself going the way of its fellow studio-mates Friends, when lead stars Kaley Cuoco, Johnny Galecki and Jim Parsons decided to hold out for bigger paychecks. Unlike with Friends, however, there was no united front: Parsons changed his mind and decided to negotiate on his own. The dissension in the ranks may have resulted in the trio getting less than their reported demand of between $300,000 to $400,000, having to settle for merely $200,000 per episode. While still an improvement over the $60,000 they were earning, the move also saw Parsons rejoin his colleagues, as the nerds and the girl enjoy syndication profits and increases of $50,000 over the next three years.

The Simpsons is such a hallowed institution on television that it seems almost sacrosanct to impose any kind of limitations on the venerable voice cast. However, Twentieth Century Fox wanted Julie Kavner, Yeardley Smith, Dan Castellaneta, Harry Shearer, Nancy Cartwright and Hank Azaria to take a 45% pay cut. If they refused, the show would end after 23 years on the air. The cast refused, leading to long back-and-forths between lawyers for the actors and lawyers for the network. Harry Shearer even offered to take a 70% pay cut if he could get a share of the promotion and syndication, which was valued at $8 billion. Eventually, a compromise was reached, with the actors settling for a 30% pay cut.

The Real Money In New York

Things got real for The Real Housewives of New York, when the original cast – Ramona Singer, LuAnn de Lesseps, Bethenny Frankel, Jill Zarin and Alex McCord – united in the third season to demand a six-figure salary from Bravo per episode. Bravo compromised to a degree, giving the housewives a figure they found acceptable. But the network had the last laugh, terminating the contracts of Zarin and McCord two years later. 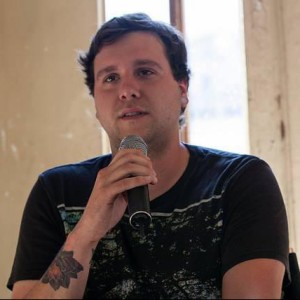