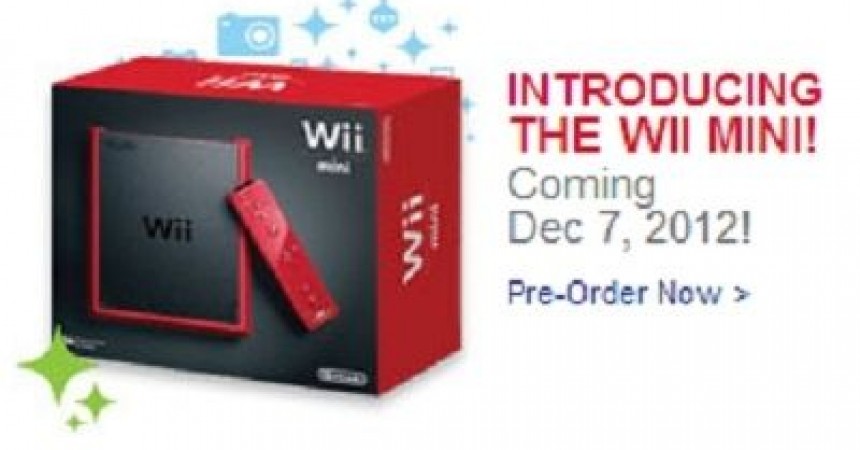 The Wii Mini Is Now Reality Would Arrive On December 7

On the line of Mini devices of the original successful models like iPad and Galaxy SIII, gaming consoles world is also not left untouched and the recent development in the Mini gaming consoles is showcased by Nintendo which has officially announced the Wii Mini which is the mini replica of the successful gaming console Nintendo Wii U. The device is confirmed to be costing USD 99.99 and will currently be limited to Canada users. Surely that wont last for long and it will soon be available for users in US and other states. On this update from Nintendo many experts have mixed reviews. Where there is a community which feels the excitement of the Mini gaming consoles, there is also a community which thinks ‘why the thought of Mini Wii’.

Nintendo Wii Mini is significantly smaller than the current console and is expected to be surplus with Wii Remote Plus, Sensor Bar and Nunchuk.

Friends let me clear you that this is not a rumour as clear images are there on the homepage revealing that device would be hitting the floor coming December 7th.

Well I am pretty excited to have the mini Wii in lost cost, would you be tempted to purchase the same. Do share your views on this.

LG WR Contributes To A Marriage Proposal In The Grandest Indian Flash Mob Ever!