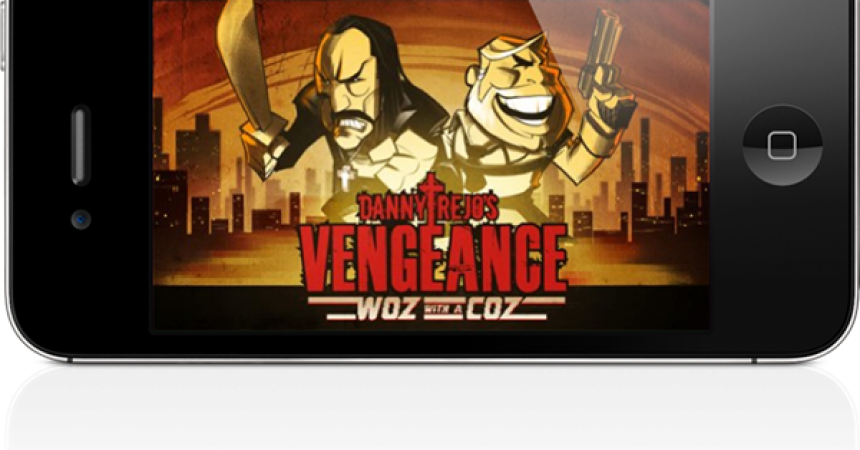 Steve is expected to return to Apple. Yes you heard it right the co-founder of the Apple is likely to be back to the fruity company domain. Shocked! How Steve can come down from peace. Well I am talking about Steve Wozinack, another co-founder of the biggest giant Apple. Woz has the coz to return to the company which he and his beloved friend Late Steve Jobs started 25 years back. Woz with the Coz

But but but he Wozinack is not returning to work but he will be making an appearance in the iOS game called “Danny Trejo’s Vengeance: Woz with the Coz.”

To rescue her, the dynamic duo, Steve and Danny comes in the swing of action. Well rest is the enigma which will be revealed on November 22nd. While the date has been revealed out, price is still behind the curtain. So stay tuned to DC to know more on how exactly Woz will rescue his wife and all other excited details on Danny Trejo’s Vengeance: Woz with the Coz.