Have you ever experienced firing up your PC for some serious gaming, but you decided to just play using your tablet or smartphone? For casual gamers, the PC is no longer the go-to gadget to pass the time. It is already replaced by its mobile counterparts when it comes to simple, time-wasting games. Even avid gamers are having a hard time enjoying their games, as the latest titles move towards “connectivity” and Internet dependence. This has led to many disappointed users, who repeatedly vowed not to buy such games again, only to get fooled by the next big bust in the gaming circle. Gamers will continue to purchase the titles that they love, but if their interest (and money) is not reciprocated with a satisfying experience, it is highly likely that they’ll move towards something more rewarding. 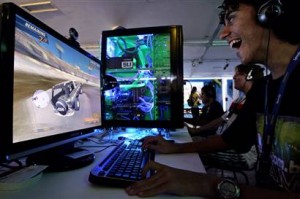 Why some of the latest games fizzled

A gamer’s satisfaction is the result of a game’s “replayability,” plot/theme/storyline, and unique gaming experience. These factors are important in determining the value of the game, as well as the overall satisfaction of the gamers (and whether or not they’d purchase a sequel or related titles). This experience is greatly diminished by anything that could hinder them from playing it to the fullest, like overly complicated controls, weird/underwhelming graphics, or the nagging requirement of being online as you play. The first and second examples of the factors that could hinder a great gaming experience are really common, and gamers can either live with it, or move on to another game. The last example is what really bums out a lot of people, because it could totally spoil a potentially epic gaming experience.

Requiring players to remain online while they play a multiplayer RPG is totally understandable; after all, it’s the Internet that links gamers from different parts of the globe. Titles like World of Warcraft and Guild Wars 2 are just some of the successful games that followed the always online scheme. However, this type of arrangement is not acceptable in games that can be enjoyed alone. There’s no point in requiring players to stay online if they don’t intend to play with other users. Game developers claim that this is for digital rights management (DRM,) so that no one can access the game using an illegal copy of the game. They also say that this is to ensure optimum gaming experience, so that those who didn’t pay for the game won’t be able to mess up with how other users play (read: hacking, selling online currencies and items). We’ve seen various technologies that really took off when they integrated Internet in their service. Online banking made transactions and purchases easier. VoIP phone services made voice calls better and more affordable. But will this be the case with gaming?

But instead of improving the gaming experience, the DRM usually messes up the whole game environment. Let’s take Diablo 3 for example: this game’s predecessor, Diablo 2, maintained a wide following, years after its release. It is highly replayable, and the joys of hacking and slashing through 2D demons never got old. D2 is largely played offline, but it also allowed players to get together in one game and slug it out against each other or complete quests cooperatively. When Diablo 3 was released, DRM came in place and required everyone to register their account, use it to log in to the system, effectively requiring every player to stay connected in order to enjoy the game. Well, that took out “enjoying the game” from the gaming equation, and it failed to match everything that Diablo 2 delivered a decade ago.

But the worst case of DRM-related gaming problems just happened recently, when EA games failed to provide service to thousands of users who wanted to play SimCity. This multiplayer city-building game became inaccessible because of errors cause by crashing online servers. It could have been played smoothly if players were not required to log in to their servers and stay connected while they play. Because of the backlash from the gaming community, Amazon even stopped selling the game online. Many disappointed buyers demanded refunds, and some outlets were forced to give them just to appease their anger. If this is the direction that PC gaming chose to tread, avid and casual gamers alike should start looking for a new way to get their gaming fix. With the way it is now, PC gaming would be a thing of the past probably in just a couple of years.

Nancy enjoys sharing and writing about business, technology, health, lifestyle and women's issues. Most of her recent works are about cloud computing, telecommunications and VoIP services.
Facebook Twitter Youtube
PrevPreviousGame Safely: How to Prevent DoS Attacks on Xbox Live
NextThe Walking Dead On Xbox Live Goes Free For The Week Under Spring Sale 2013Next