With the likes of many operating systems along with different operating environments right from Windows Phone Operating system, Blackberry OS, Android, Palm and also never dead Symbian. In a race where customization holds the key, we will check out which operator system needs the thumbs up and which deserves a thumbs down. With a complete overview let’s check out each and every popular operating system in the due course of this article.

Windows Mobile or Windows Phone 7
With the latest arrival of Windows 7 operating system for Windows based mobiles it’s now evident that there will be equal fight in the mobile OS segment apart from the incumbents Symbian and Android. These handsets run a mobile operating system designed by Microsoft. The bundled software with these units lets you open, create and edit Microsoft Office files as well as run thousands of third party applications. Their connectivity with Microsoft Exchange servers is excellent but web browsing still has room for improvement. Also, with the centralized adoption of applications in the compiled form in the Windows Market Place, all the applications are now available in the Market place unlike scattered applications for a platform like Symbian.

Blackberry
With voices being heard about Blackberry’s adoption of Android down the line very soon, it seems evident that Blackberry have intentions to launch Android based handsets very soon as even Blackberry started to give out indications that with the arrival BBM styled Live profile for Android as well as Symbian it’s now clear that Blackberry will come out with Android someday very soon. Also, additionally Blackberry is known for its Enterprise mail and the overall user experience which fulfills almost all the enterprise related stuff. So, if you are the one who wants a 24/7 access to Enterprise mail and BBM then this is best suited for you. Research In Motion (RIM) appears to be on the verge of making a strategic about-face by making a transitional change in its Black Berry devices from its in-house mobile operating system to the QNX OS that’s powering its new Play Book tablet PC.

Android
Here comes the latest album thriller these days. As the new kid on the block, Google’s Android operating system has made a huge splash in the mobile OS segment; after all it’s from a Google’s family. Already embraced by developers, there are many third party apps to cover almost every user’s needs. Google’s android is a differentially new, so it managed to attract huge fans but as time goes by it will surely be a stable kid. But for now, among all the Mobile O.S, Android is a rock star, but please be ware, kids are always attractive, so the bottom line is BEFORE GOING FOR ANDROID, DON’T FORGET to try it. Like it, Own it is the only one liner comes in my mind. No doubt, this has become the darling of the masses. The only problem with the Android is that it’s still a touch designed phone and for a perfect touch experience you will have to shell out at least a minimum of at least 220$ plus which might be a costly affair.

Apple iOS
With the latest iOS 4.3 in place, Apple has always delivered the masses with the stable and neat OS with wonderful touch experience which till now even after 3 years no one matched the same. Though it lacks open sourceness like Android, it’s good for all Apple fans who wishes for a stable OS and largest market place with the flavor of wonderful touch experience.

Symbian
No, let’s not talk much about Symbian as even with the arrival of Symbian v 3.0 of operating system, Symbian hasn’t been able to create ripples in the mobile OS market. Going for Symbian now at this stage is like choosing a second hand car J as Symbian continuously failed to rope in interesting and innovative changes in its user interface. Be it a 10k priced phone or 50k phone all the interface remains the same with not many customizable options along with poor and no Market place whatsoever.

About the Author:
Chetan Bhawani is a dentist, a tech blogger and a web hosting adviser at a few hosting review websites. Check out his favorite unlimited web hosting company, and you can check how one can build a website using the website builder. 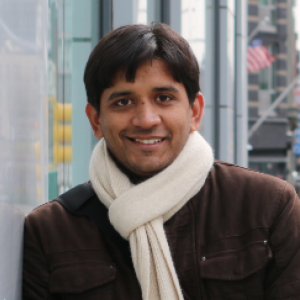