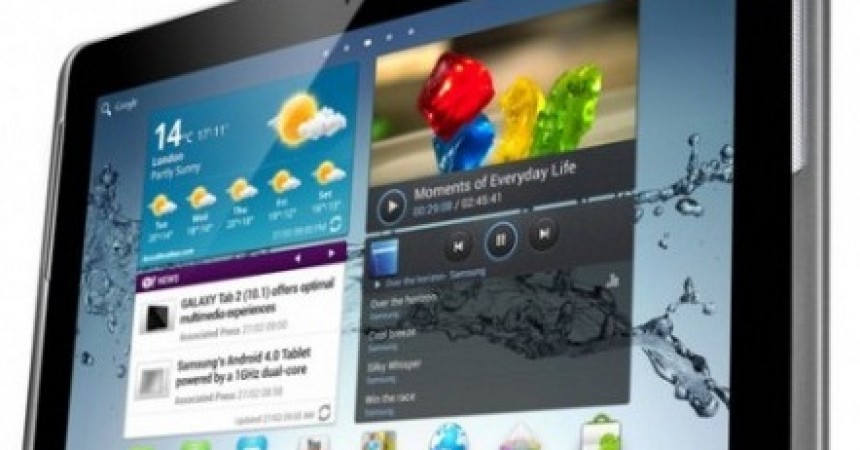 Samsung released its feature rich ‘iPad  Killer’ tablet Galaxy tab 10.1 last year, which could hardly deflect considerable sales figures of Apple and preparing for the iPad 3 launch they have now announced the Galaxy Tab 2 (10.1) which gets an Android 4.0 Ice Cream Tablet.

Note that there are no major updates on hardware part of this Galaxy Tab 2, but ICS 4.0 will surely cheer many of the Android enthusiast who were waiting for a stable tablet from smartphone leading brand. And Galaxy Tab 2 will just perfectly suite their purposes for sure.

This one is definitely the first new tablet launching in the year 2012, and they have added another number in the range of tablets they have with sizes including 7 inch, 9 inch and 10.1 inch segments! Following are the detailed specs of Samsung Galaxy Tab 2 (10.1), which were showcased at MWC 2012.

No word has yet been released about the availability or shipping at the event yet but it will be released Worldwide after its initial launch at United Kingdom.

No price is announced in MWC 2012 but we expect the price little bit higher than its predecessor.

Go for this tablet only if you are Android enthusiast as it will have ICS update & If you have not used any tablets before. But for regular users I suggest to wait for iPad 3  feature releases.

How to Take Care Of The Touchscreen Phones