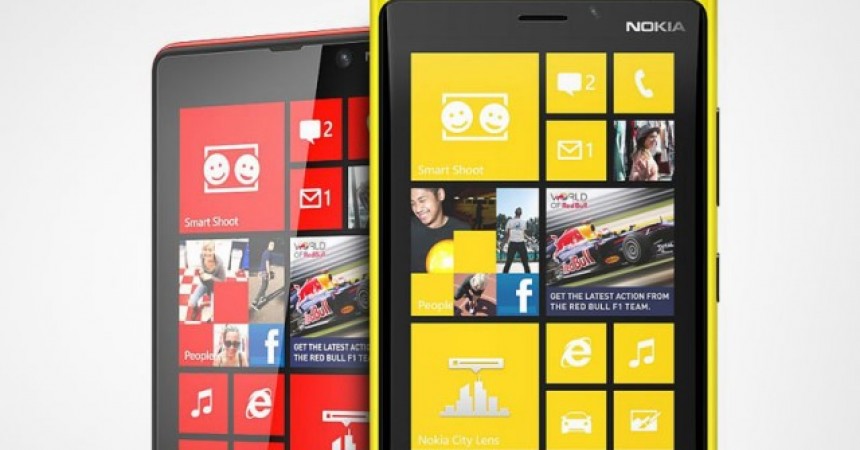 The two struggling company, Nokia and Windows have come together again to get their positions back in the smart phone arena. Nokia, today have launched the two new Windows 8 Phone which they had called, Nokia Lumia 920 and Lumia 820. Nokia Lumia 920 has got the polycarbonate shell which frames 4.5 inches display which offered the resolution of 1,280×768 pixels (WXGA). The display is IPS LCD which offer better high resolution and definition. It has got 1.4 GHz processor, 1 GB RAM, 32 GB of internal memory, Inbuilt NFC, LTE and much more.

Nokia Lumia 820 on the other hand is 4.3 inches AMOLED display smart phone and has many things in common with Nokia Lumia 920. It has for 9.9 mm thick chassis and smaller 1,650 mAh battery which claims to offer 14 hrs of talk time.

At the first glance, not much of the difference is seen in both the phones and they more or less looks like their predecessor, however experts believe that under the core it has got many USPs which will make them different from other smart phones. Hope this will be true and Nokia along with Windows get their position back in the Arena.

Sing Me Something App Review - iOS App For Karaoke Entertainment!

Know The Latest Cameras in 2018