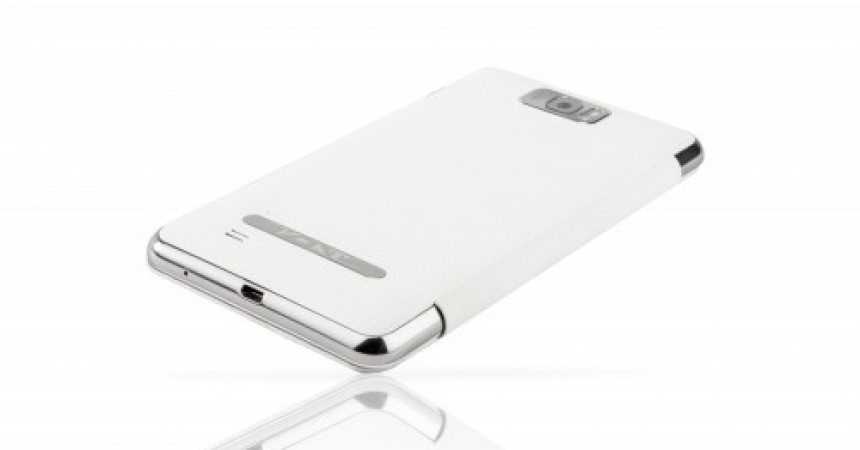 To cater to the screen agnostic audience, MTV, India’s leading youth brand in association with SWIPE Telecom, an innovative technology solutions company; today announced the launch of its 1st co-branded new generation 6 inch fablet – ‘MTV VOLT’. The device is a sleek ‘Fablet’ – a FABulous tablet, offering the youth Information, Communication and Entertainment (ICE) on the move. Weighing only 239gms, the funky looking ‘MTV Volt’ sports a white velvet body specially designed textured back for better use, comfort handling and high aesthetic value. The ‘MTV Volt’ also comes with in-built apps that allow you to network on Facebook, LinkedIn and allows you to download videos too. Backed with a blazing fast 2 x 1 GHz, Dual Core Processor, HD Display and Android Jelly Bean 4.1.1, the latest and most advanced android version have enhanced the performance of the gadget. As if these features were not enough to make you rush to your nearest store, this sleek gadget also has 8 MP rear camera with flash and 1.3 MP front camera to let you capture all the best moments and make them memorable. The MTV Volt also uses an internal rechargeable marathon battery Li-Ion Polymer 3200 mAh that provides a talk time of 8-10 hours.

Talking about MTV VOLT, Sandeep Dahiya, SVP & Business Head – Consumer Products – Viacom18, says “MTV VOLT is a ‘made to order’ product for the generation that’s constantly communicating, entertaining and socializing. With features that address their needs and price-point that suits their pockets, we’re confident about MTV VOLT by Swipe, to generate a great response.” He further added, “Over the next few months, we plan to develop with Swipe, a diverse portfolio of MTV phones and fablets, built around youth interests and aspirations.”

Keeping in mind the youth who are masters of multi-tasking, there’s nothing that they can’t do with a ‘MTV Volt’ by Swipe – It can play music, it can share, it can help you work, it offers one of the best gaming interface and much more. Commenting on the collaboration, Mr. Shripal Gandhi, Founder & CEO, Swipe Telecom, explains, “We at Swipe Telecom are proud on our  standing as an innovator in the ever- dynamic telecommunication technology industry. We are excited to be associated with a youth centric brand like MTV. In the recent past we have seen a paradigm shift in the usage of technology like tablet PCs and Fablets amongst the youth in India which has witnessed a CAGR of 59%. The MTV Volt promises to be a perfect muse for tech enthusiasts of the generation next. In partnership with MTV, we will be launching an array of revolutionary products over the next few quarters; which will be truly disruptive.”

‘MTV Volt’ will be available across 10,000 retail points across India, Swipe e-store and also leading online portals like Flipkart, Snapdeal, Infibeam and eBay amongst others and other youth centric platforms. The offline campaign consisting of launches, banners, hoardings, posters will be complimented by an interactive an engaging campaign in the digital space as well.

‘I Hope’- A Game for Social Cause Launched on Kickstarter