4G is the most advanced telecommunications technology which allows people to go online on their mobile phones. Still, you will need a 4G-enabled smartphone to take advantage of its high-speed internet. The following ten phones are equipped with 4G. The best part is that you can use most of them as Wi-Fi hotspots.

The seventh-generation iPhone is one of the latest 4G phones in the market. Its 4-inch screen and fresh design became the talk of the town for weeks. It sports a stunning Retina Display, an 8MP rear camera, a dual-core processor, and triple-core graphics. iOS 6 is readily baked into the phone and features new apps and improvements. You can choose from 16, 32, and 64GB models.

Available through Verizon, the phone was released halfway through 2012. It’s a high-end phone in many ways. It has a dual-core Snapdragon S4 processor, two cameras on each side, a microSD slot with up to 32GB expandable memory, and Beats Audio technology. The phone is shipping with Android 4.0 Ice Cream Sandwich. Internal memory is limited to 8GB and its screen is just 4 inches; a far cry from the likes of Samsung Galaxy S3 and HTC One X. But if you want something cheaper and have nothing against Verizon’s 4G mobile broadband plans, it would be a good choice.

Another freshly-released phone, Motorola RAZR HD is out to compete with the top dogs. The Android phone was designed for durability with its splash-resistant body. It has a 4.7-inch Super AMOLED display, 8MP camera, dual-core chip, and 16GB internal memory. The available microSD slot supports up to 32GB of extra storage. Motorola RAZR HD is running 4.0 Ice Cream Sandwich.

The new release pushes boundaries in ways more than one. While most phones are afraid to go with a 5-inch screen, Pantech Vega R3 has a 5.3-inch display. Meanwhile, the phone is powered by a quad-core Snapdragon Krait clocked at 1.5GHz. Other specs that go beyond bounds are the 2GB RAM and 13-megapixel rear camera. Pantech Vega R3 is shipping with Android 4.0 Ice Cream Sandwich but it can be upgraded to 4.1 Jelly Bean.

The 4G phone is exclusively for Sprint and was released earlier this year. It has a 4.7-inch display, 8-megapixel camera, 16GB memory, and expandable storage. HTC Evo 4G LTE is powered by a dual-core Snapdragon Krait and runs on Android 4.0 Ice Cream Sandwich. The battery cover has a built-in kickstand so you can conveniently watch videos on the phone.

A 4.5-inch display is the right fix for those who want large screens but not by much. This Android phone has one. Its short on memory with only 4GB internal storage but you can expand it by up to 32GB via microSD. On its back is an 8MP camera and it has a 1.3MP camera on the front. Even though it runs on Android 2.3 Gingerbread, you can still turn this phone into a 4G mobile broadband hotspot.

Do you have a taste for a 4G-enabled Windows Phone? You can grab a Nokia Lumia 900 unlocked or from AT&T and other providers. The phone has an AMOLED screen measuring 4.3 inches. Remaining specs include an 8MP camera with dual LED flash and 16GB internal memory. Nokia Lumia 900 has no microSD slot and it’s limited to a single-core processor.

The AT&T version of HTC One X has LTE connectivity. It runs on Android 4.0 Ice Cream Sandwich and can be used as a 4G hotspot. This particular phone has a dual-core Snapdragon instead of the quad-core chip found in the international version. This sacrifice was made to make way for 4G connectivity. It lacks a microSD slot but has an on-board memory of 16GB. Anyway, you can use the free cloud storage offered to users.

The 8MP camera on the back is not a surprise for a phone this calibre. And yet it has much better quality than its rivals and is in fact comparable to the iPhone. The front-facing camera is for snapping self-portraits and video chat.

Yet another Windows Phone in our midst, HTC Titan II for AT&T is also known as Titan 4G in Australia. It runs on 7.5 Mango and has a sizeable 4.7-inch screen. Much like Nokia Lumia 900, it lacks a microSD slot and has 16GB internal memory. However, it has a rather impressive rear camera with 16 megapixels and dual LED flash.

A successor to widely popular Samsung Galaxy S2, the Galaxy S3 also became a hit after its release. Why wouldn’t it? It has a massive screen and a quad-core processor. It has a slightly larger screen than its rivals with its 4.8-inch display. The stunning Super AMOLED display is protected by Corning Gorilla Glass 2. The rear camera is quite disappointing as it is still stuck at 8 megapixels. Similar to the iPhone 5, you have the option to choose from 16GB, 32GB, and 64GB models. Even if you opted for the least internal memory, you can still make the most out of it with the microSD slot with support for 64GB storage.

4G mobile broadband service is highly anticipated in many areas throughout the UK. You can look here to read more about the buzz. If you live in the UK and other countries were 4G is being pushed by local providers, there’s no reason to avoid getting a compatible phone. 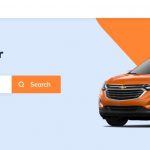 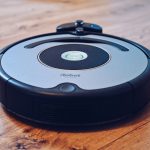 Buying a Robotic Vacuum Cleaner? Always Watch Out For these 5 Utility Features 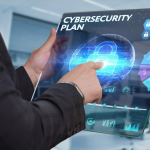 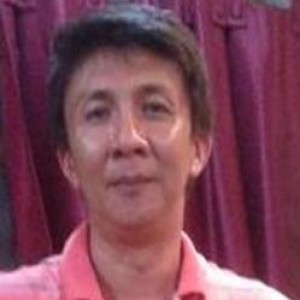 Dubai, United Arab Emirates:  The Dubai World Expo took place in an electrifying musical atmosphere where thousands of attendees were captivated by the variety of

Hyderabad, India:  CricketCrazy is the world’s first NFT exclusive marketplace for Cricket Collectibles and built on the Cricket Network. Within a month of launch, the