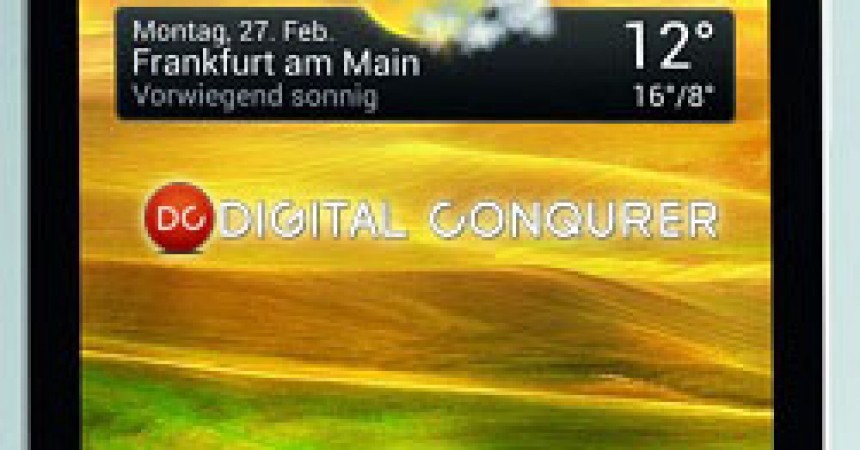 Let me take you through the overview of the features on its most powerful smartphone yet  – HTC  One X. You might have heard few rumors before about HTC’s Tegra 3 powered quad-core smartphone HTC Edge. One X is the same handset released with a new name that unbelievably cool features.

HTC One X comes with the 1.5GHz quad-core Tegra 3 processor & 1GB of DDR2 RAM that promises best in class performance support from hardware. The high-end hardware of One X promises that at will give you best of Android 4.0 OS, multitasking & gaming support.

The phone comes with crisp Super LCD 2 display that has hard scratch resistant Gorilla glass technology. The screen size is  4.7-inch that is capable of displaying 1280×720 pixels resolution, which is best for watching HD content, Reading on Web, Ebooks & playing high-end games.

HTC One X comes with HTC Sense 4.0, which is latest user interface designed by HTC. Just to let you know HTC has most promising and stable UI from past few years that is termed as ‘Best’ in Android phones. And the experience of new Android 4.0 OS with Sense UI will be definitely attention grabbing.

The front facing camera is also 1.3MP  for better video communication on 3G and VoIP.  Amazing news is it can record up to 720p HD  content as well.

32GB of built-in storage is kind of good enough for smartphone like this, but the bad news is none of the phone in HTC One family  has expansion slot including the One X. (This might be depressing for few!)

HTC has promised the consumers will get 2 years of free cloud storage from Dropbox of mighty 25GB size.

As this one is going to be the finest HTC phone in all categories it comes with amazing connectivity features. Major of them are as follows –

HTC One X Tegra 3 smartphone comes with a Li-Po 1800 mAh battery, which is powerful enough for Android device like this.

Price of HTC One X

Price of any smartphone from HTC One family is not yet released by company yet, but we will make sure to publish it as it releases.

I am sure most of performance hungry tech users like me are waiting for Tegra 3 devices for past 6 months, and HTC One X would be the first on our list to go and buy for. For general users, well its a terrific phone promising performance, design and best of OS experience thanks to HTC Sense. So you can definitely go for this phone if you can really afford it!

Sales for InFocus M2 & M330 To Open On Snapdeal Today!