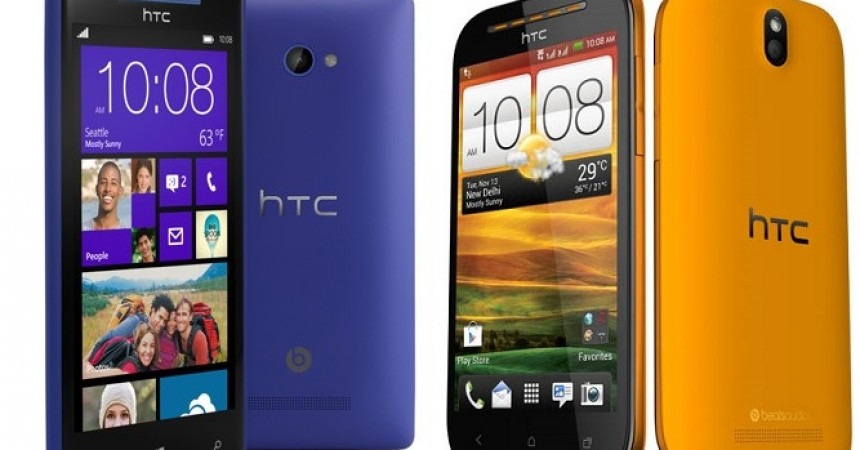 The two most awaited smart phones, HTC Windows Phone 8X and HTC Desire SV are now available on the online retailers like Saholic and Flipkart. Both the smart phones are said to be in stock and is claiming to be delivered in 3 business days. They will be delivered with free shipping and will be accompanied by 12 months of manufacture warranty. HTC 8X is a Windows Phone 8 based smart phone equipped with 4.3 inches SLCD 2 capacitive touch display which is offering the resolution of 1280X720 pixels. It is powered with dual core 1.5 GHz processor and carries 1 GB of RAM. With 16 Gb of internal memory, HTC 8X doesn’t allows the memory expansion. Other than this it has got 8 MP of rear snapper and 2.1 MP of front facing camera. HTC Windows Phone 8X has been priced at Rs. 35032 at online retailer flipkart, however the best price of it is Rs. 34,149 which is available at Saholic.com.

On the other hand, HTC Desire SV is an Android 4.0.4 ICS powered smart phone which runs on 1 GHz dual core processor and carries 768 MB RAM. Equipped with 4.3 inches Super LCD 2 touch display, it offers the resolution of 480X800. In terms of memory, it comes with 4 Gb of internal memory along with the expandable memory up to 32 GB. The device is housed with 8 MP of rear snapper and has also got a VGA front facing camera.

Price of HTC Desire SV on flipkart is Rs.22590; however you can get the best price on Saholic.com which is offer the same model at Rs. 21799.

Nokia X Family Announced in India: Best of All Worlds Comes To Life!

Now You Can Run Android Apps on PC

Top Streaming Apps for Watching Movies and TV Shows in 2019