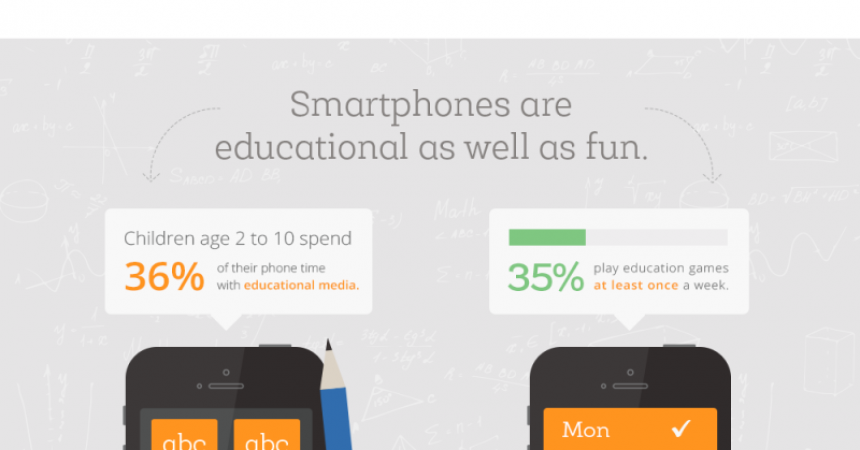 We’re raising the most tech-savvy generation of children we’ve ever seen. The average child obtains his or her first smartphone at just 11 years of age. By that time, most kids have been using a parent’s or sibling’s device for years to play games and access apps. Kids as young as two are spending at least 10 minutes a day interacting with mobile technology.

By the time they hit 12 or 13, the majority of children are using their smartphones for nearly 70 minutes a day, and kids between the ages of 14 and 17 are interacting with these devices for more than 80 minutes every day. These Internet-ready cells are so entrenched in our children’s lives that two times as many 12- to 15-year-olds say they’d rather give up TV than their smartphones.

Parents needn’t worry, however, because a child’s smartphone use isn’t just about accessing social media profiles or playing games like Candy Crush. Between the ages of 2 and 10, kids devote more than one third of their smartphone hours to educational media. Studies show that 35 percent of these kids play at least one educational game every week.

The tech world is responding to the demands of younger consumers, creating more child-friendly and educational apps and content. Smartphone makers are also taking notice of the younger demographics and making their devices more appropriate for children and their parents. For example, a Kid’s Mode is part of the Galaxy Apps available for Samsung phones, including the Galaxy Note 4 on T-Mobile’s network. This passcode-protected feature locks adult apps so children can safely play on a parent’s device without constant supervision.

Whether your children are smartphone savvy or you’ve resisted putting the technology in their hands, read on to learn more about modern children and how they use smartphones.

Asus PadFone Review – The Dream Amalgamation of Tablet And Smartphone