First things first, what is fragmentation & how it is formed?

Let us put it this way, from the very first day, the Mac OS X had been in constant use for file manipulation such as text documents, PDFs, images, videos, photo-shops, video-editing tools, & games. The file manipulation further includes creating a new file, editing a new file and of course deleting a file/application. During a period of year or so, all these files, & applications undergoes tremendous amount of disk reads and writes. Stepping into the hard drives footsteps, we would come to know how these read/writes have created uncountable amount of spaces between the files locations. These spaces or gaps exist between the files & remains useless until the OS X again saves part of another file into them. This causes a mess called fragmentation. Why a mess, because OS now recollects several parts of information of a particular file which when access by the user. Why Apple’s Mac is not an exception to defragmentation?

Though fragmentation is rare on Apple’s Mac but instances verifies it is not completely avoidable. You can’t expect Mac hard drive to remain free from fragments if it is constantly used for bulky games, voluminous software that involves plenty of read-writes. E.g. – Video-Editing tools. You must have noticed why video editing software is backed by good amount of RAM & Hard drive space. It’s their nature of process that includes whole lot of assistance to work efficiently. A fragment also causes the Macs to slow down even if there exists sufficient amount of free spaces on the drive. Had no choice for the OS X, but it has to pick up the file’s information from different memory locations.

How important it is to defrag a Mac hard drive? Few reasons are worth to mention:

Other than a neat external hard drive, no defrag utility is required. Once you have an external HD by your side, copy all files & folders off from a fragmented hard drive, & put it on the external HD. Now, erase all the content from the fragmented drive & relocate data back from the external HD to the original drive. The data copied molds itself to contiguous memory addresses.

In case you don’t have an external hard drive, make use of a handy defrag hard drive tool which is way cheaper than the ex-HD &t reduces the cost of defragmentation to several digits.

At last, defragmentation is yet another method that promises to refresh the Mac hard drive. Although, avoid a mess before or while defragging, the best way is to equip yourself with hard drive backup.

This is a guest post by Vishal, who is an expert Mac user and He emphasize to Defrag a Mac hard drive to optimize its performance.If you are interested in contributing a guest post, check guidelines here. 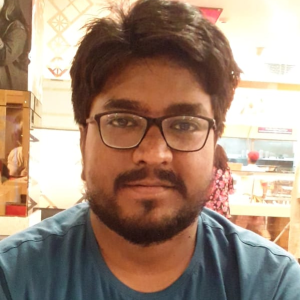 Once got a Mac, now in love with the OS X. I want to contribute Mac tips, tricks and much much more.
Facebook Twitter Youtube
PrevPreviousSpot The Difference HD iPad Game Review: Great Time Killer!
NextApple TV Released Officially In India: Is It Really Worth Buying?Next

The Indian consumer has evolved over the last few years and has become more health conscious. They are now more aware of their health and

Layouts 3.0 is a new feature within the Look DS Cloud-Based Platform that allows users to create and manage their custom page layouts. This feature

Nora: The Wannabe Alchemist is a vibrantly illustrated title that pits klutziness against good intentions – and a ticking clock against wilting houseplants. Move into