Sky& Fire : What The Release Of Cheaper Tablets Can Do For Education In India And US..

In 2010, India announced they were going to have a $10 laptop for students to purchase. The education world took a deep breath and waited.

India’s plan can put them squarely in the forefront of online learning innovation.

At the very beginning, they were approached by the philanthropy One Laptop Per Child, but they cited concerns over having students use laptops so frequently. Shortly thereafter, they had a change of heart and began developing plans for the $10 laptop.

Now, it’s fall 2011, and while the laptop promise has fallen completely flat, students are still getting a data delivery device that will give them access to e-books and the internet for just $25 with the government pledging to pay half. In a country that is transitioning from agriculture to technology and services, getting tablets in the hands of students early could be the difference between an economic boom and a workforce that can’t keep up.
Across a couple ponds:

The release of the Indian Aakash tablet happened roughly around the time the Kindle Fire was announced in the United States at just $200. While Americans breathed a sigh of relief that they had options other than the $500 iPad, many predicted that the release would change America’s schools.

Part of the allure for both the Fire and the Aakash is that students can borrow library books from across the nation and even rent textbooks through the Amazon App Store. When they borrow them, they can store them in Amazon’s cloud servers.
For American students, this is going to lead to carrying around fewer textbooks and less waste. They’re will be able to get comfortable with the latest technology and download apps to help them take notes and study. For students that don’t have internet access at home, it also means they will have to go somewhere with free Wi-Fi to complete research for papers or even play educational games. Still, it will help students be more connected and keep them up to speed with the rest of the country.

For many Indian students, the Aakash will be their only link to the technological world. It will be their access point for blogs, online news outlets and even Wikipedia. The focus is on getting the tablets out to impoverished and lower income students, so the tablets have a greater chance of dramatically impacting the way they receive their education.
Both in the United States and in India, though, the cheap tablet computer phenomenon will have a huge impact on students’ lives. Whether they’re in elementary school or college, the tablet has the power to revolutionize education. 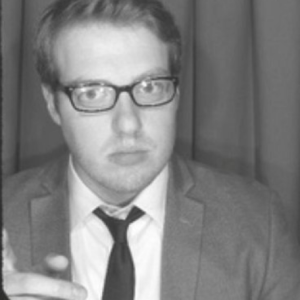 Jesse L. is a recent college graduate who enjoys time with his family and blogging. He is also an advocate for online education.
Facebook Twitter Youtube
PrevPreviousNorton Mobile Security Hands On Review : For Android Smartphones
NextSamsung Galaxy Note Review: Is It Really Worth Buying ?Next