The much hyped Android JellyBean is now here and now the point is what you can do with this ultimate tab. No doubt you will use it for official and largely for personal use but for what. Entertainment is one aspects, watching movies, playing songs, what else. If you are the game geek then Nexus 7 can be an ultimate gaming console for you. We today have come up with 5 ultimate and the most popular games which bring thrill and adventure when you will play them on your Nexus 7. So let us have a look to these top 5 games for Nexus 7. 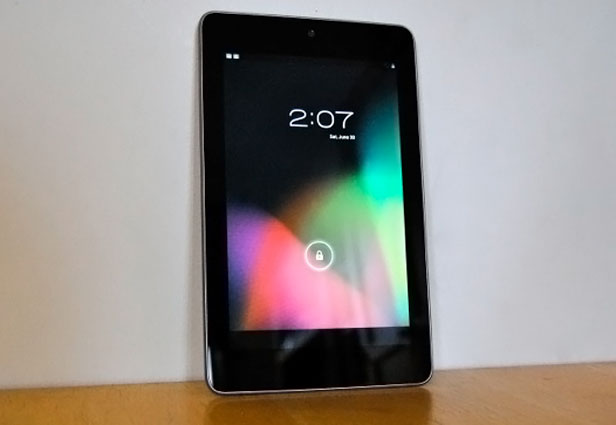 It is one of the greatest and the latest first person shooter game on Android. It has been categorized in arcade-style zombie shooter category and has easily managed to steal the top rank in the section. From the developers of SHADOWGUN, this game has got lovely and exciting action along with the most advance and charismatic graphics. Released few weeks ago, this game has topped the chart.

Temple Run is among the most popular and ever green game for Android smart phones and tablets. Nexus 7 is offering high end processor and ultimate graphics and is seen to be the best device and a gaming console to play Temple Run. After the bloody loss in Dead Trigger, Temple Run is a kind of causal game which you can enjoy with your entire family. Its an extreme addiction and you will surely be holding for Nexus 7 for hours.

Spider Man the super hero we all love is also available on Android for your Nexus 7. Its another semi causal Android game from Gameloft. The Amazing Spider Man is inspired by the blockbuster movie and has got stunning and impressive graphics and the original storyline.

Next in our list is the Riptide GP which is a water racing arcade game which makes me reminds of my PS2 days when I use to be busy playing for hours the same game. With stunning graphics and 12 futuristic water race courses you will surely be enjoying this game with your kids. I personally recommends this lovely game for casual competitive fun.

Last but not the least in our list is the Shadowgun which is the game from the popular developer who has also develop the demanding games like Madfinger and dead trigger. This game has been on the top of the chart for the must to buy Android games since its inception. It even has won the NVIDIA Tegra Zone award for best game.

Well guys, so this was our offering for today in the games section, and believe me this is just the starting. We will be covering and will be bringing many more top games for your smart phones and tablet. So stay tuned for more and do read out our latest post on tech devices and gaming world.

How Indians Can Now Play The Lottery Online

Overcart Brings You The Redmi Note 4G At Exclusive Price!