Huawei Ascend D Quad incepted as the surprise star at the show of Mobile World Congress held at Barcelona Spain last Feb. It showcased the specs list having larger value of which any better establishment would feel proud of. In the flood of Android, it’s another ship which has better configuration and capabilities than the existing smart phone breeds. Let us have a quick glimpse of features of Huawei Ascend D Quad along with a complete review. 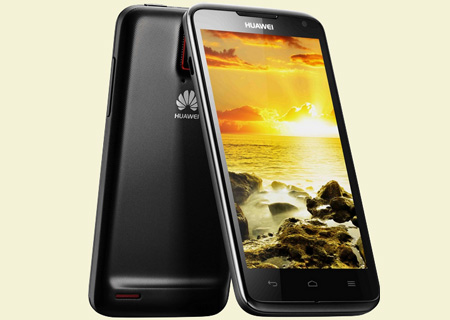 Huawei Ascend D quad weight 150gm which is like 10 percent more than the average weight of all smart phones and it is fitted into the frame size: 5.08X2.52X.43 inches.

In terms of hardware, Huawei Ascend D Quad is a smart phone which ticks all the important aspects of any competent smart phones. It composed of 4.5 inches LCD capacitive touch display which offers ample space on the screen. The high definition display offers the resolution of 720x 1280 pixels. This allows the users to watch the HD movies and also to play the multimedia like games, photos at the best level of display quality. For better interaction on the display Huawei Ascend D Quad also composed of Ambient Light Sensor, Multi Touch and Proximity Sensor. Touch display of this smart phone is protected by Corning Gorilla Glass 2.

The camera equipped in Huawei Ascend D quad offers 8 MP picture quality which is moderately better than the average smart phone cameras. It also composed of front camera along with LED flash and capable of video recording at HD (1080p). Secondary can capture HD videos at 720p.

Under the good, this smart phone is a powerful breed which offers the 1.2 GHz quad-core processor making it a 1st of the smart phone of its own kind. 4 core mean it offers 4 times better performance than any equivalent single core processor smart phone.

Huawei Ascend D quad offers ease to challenging and demanding task. It offers multitasking which means you can watch HD movies and other task at the same instance and you won’t feel the downgraded performance even when multiple apps are running at the same instance. 1.5 GHz processor supports fast loading of apps and OS, all round offers excellent performance at any verge.

Huawei Ascend D quad is powered by Android 4.0 ICS which runs on 1 GB RAM and is stored on the internal storage of 8 GB offered in this smart phone. Memory is expandable up to 32 GB via microSD. Android 4.0 ICS is the latest version of Android and offers spectacular capabilities along with fabulous user experience.

Huawei Ascend D quad runs on Li-Ion of 2500 mAh which claims to offers decent talk time on 2G and 3G.

LoanTap Announces Its Debt Listing on BSE, Raises More Than Rs 100 Crore From Diversified Sources in First 5 Months of FY’22

Tech and gaming blogger since 2009. I spend my day exploring what's new tech and its impact on our day-to-day lives. From smartphones to electric cars, AI to EdTech, Business Tech to Gaming Hardware and beyond ... I write news, guides, and reviews on Digital Conqueror.
Facebook Twitter Youtube

Parimatch, the leader in the international betting and gambling market, is all set to fly cricket fans to Dubai. The cricket lovers shall enjoy the

GST reconciliation mainly includes matching the data uploaded by the traders or sellers with those of the recipient’s purchase data. This principally includes comparing the